(Abbotsford, BC, January 25th, 2019) The top 8 Abbotsford real estate agents for 2018 were announced last month by Rate-My-Agent.com.  The review site compiled and published the list of top rated Abbotsford agents based on ratings and reviews received during the past year.

In ranked order, lowest to highest, the agents are:

Unlike other agent ranking sites, agents can’t pay to have negative reviews removed or hidden and cannot pay to be included on the list of top-rated agents.  The company says the reviews are verified through a process they wouldn’t disclose in order to protect the integrity of the process.  When asked if they’ve had agents try to cheat, a spokesperson confirmed, “Yes, there have been many attempts by agents to game the system and rankings, which is why we keep our algorithms a closely held secret.”

The list will be published annually based on that year’s verified reviews.

Rate-My-Agent.com is a rating and review website for Canadian and American markets.  It’s free for the general public and real estate professionals.  The company pledges 50% of profit to worthy causes. 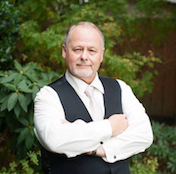 Contact me for a FREE, No-Hassle Consultation to discuss your next home purchase, sale or investment in Langley, Abbotsford, Chilliwack or any other Fraser Valley community.

The data relating to real estate on this website comes in part from the MLS® Reciprocity program of either the Real Estate Board of Greater Vancouver (REBGV), the Fraser Valley Real Estate Board (FVREB) or the Chilliwack and District Real Estate Board (CADREB). Real estate listings held by participating real estate firms are marked with the MLS® logo and detailed information about the listing includes the name of the listing agent. This representation is based in whole or part on data generated by either the REBGV, the FVREB or the CADREB which assumes no responsibility for its accuracy. The materials contained on this page may not be reproduced without the express written consent of either the REBGV, the FVREB or the CADREB.